Recently, Android Smartphones being launched come with Android 7.0 Nougat, and even older devices are now getting updates to Nougat. This is according to the latest Android distribution table which is calculated based on devices that visited the Google Play Store over the last month. 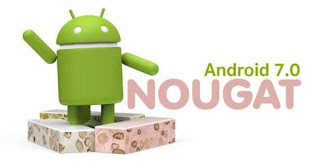 From the stats, Android Nougat recorded a solid jump in usage. The number of phones with either Android 7.0 and 7.1 installed jumped 45% from April’s report. 7.1% of Android devices are running on Nougat compared to the 4.9% that were using it as of last month.

Nougat endured a very slow impact and usage on major Android devices when it was released last year but with the number of new handset launched with the new OS and updates running out for older phones, the Android 7.0 is now getting more authority and popularity.