Skip to content
Although, using a device with older version of OS has some advantages. Some of which are easy Root access, amongst others. But an updated OS outweighs the benefits of using an older OS. One of the main critics Tecno Mobile recieves is the inability of pushing timely OTA update to their devices but that will be fixed with the release of Android 7.0 Nougat (Android N) update to Tecno Phantom 6 and 6 Plus. 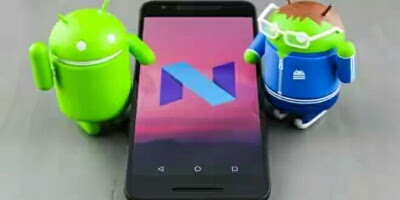 In an official announcement, Tecno revealed that flagship devices – Phantom 6 and Phantom 6 Plus will both get Android 7 Nougat update in August this year. Though Android 8 is already around the corner and some of us are wondering why Tecno is taking so long to push this update knowing fully well that very soon, we will say goodbye to Android Nougat and welcome Android 8 (Oreo)

Meanwhile, we are expecting more phones from Tecno to be added to this list of devices to get Nougat update soon. So below are list of Tecno phones to receive Android 7 Update come august.

1. Tecno Phantom 6 Plus
This device which is popularly known as “The Beast” rolls on Android 6.0 Marshmallow according to Tecno, will partake in the Android N Update.

2. Tecno Phantom 6
The Phantom 6 is the smaller version of Phantom 6+ with smaller display.