Skip to content
Few months ago, Google announced OREO as the next Android version. A successor to Android 7.0 Nougat, also known as Android 8. The OREO is expected to be made available for devices via Over-The-Air Updates. It is quite unfortunate that some smartphone are still stuck with their 4.. and 5. Android 📱 version, without receiving any updates. 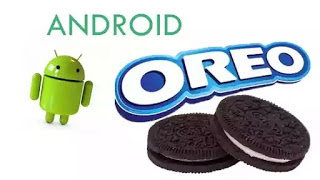 Meanwhile, Google is not waiting on anyone, Android O is coming to a smartphone closer to you… and it is so unfortunate that not all smartphone will get it. Some probably till 2019.

Android O is coming with lots of updates you dare to dream about and I’m sure you wouldn’t want to miss out. Beginning from early to mid-August 2017, Android O is expected to be released via OTA updates to Android devices.

Pixel owners will definitely be the first to receive it. If you have been a devoted follower of Android OS, you’ll discover that Android Nougat 7.0 was released over-the-air in August 2016, and now the OREO version is about to be launched

LIST OF PHONES THAT WILL BE GETTING ANDROID 8.0 (OREO) UPDATE

Google Pixel, Pixel XL
Being Google’s own devices, the two Pixels are favorites to begin receiving Android O as soon as it’s officially out.

Nexus 6P, Nexus 5X
Google’s former flagship phones will likely begin receiving Android O after the Pixels, but should be running it well before the year ends.

NOKIA
HMD promised that Nokia 3, 5 & 6 will be getting Android 0 but there are not projected time for it.

The devices listed above are more like beta-testers of the Android 8. However, other brands will be sure to follow suit after the OS is made available for this smartphones