Skip to content
Google Developers have dropped hints on Twitter on the new Android OS known as Android P. According to reports, this version of Android OS will feature support for call recording both on the receivers and caller ends. 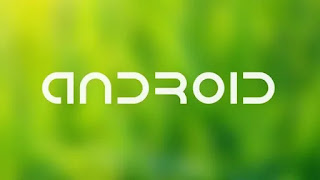 WHAT NEW FEATURES TO EXPECT IN ANDROID 9.0

There have been very few rumours so far as to what we can expect from Android P, though XDA suggests Google will remove access to unofficial APIs (those not part of the official SDK) – news that will upset some developers.

Other changes we can expect to see in the upcoming update, according to the enthusiast site, include support for Wi-Fi Direct Printing support and Bluetooth hearing aids, and better integration for Android Things.

One potential new feature is to do with smaller image file sizes. In iOS 11 Apple introduced HEIC files, which are also known as HEIF or High Efficiency Image Format. It’s the still image version of HEVC, which is the latest video codec. It makes for Jpeg images just 50 percent of their previous size, can store image edits and multiple photos in one file (think Live Photo and burst mode), and it supports transparency and 16-bit colour.

HEIC is not a proprietary image format developed by Apple itself, so there’s every possibility Google could opt for the same format. However, Google is also working with the Alliance for Open Media on its own version that is currently able to create images 15 percent smaller than HEIC. It would make sense to use the better version, of course, but for now the project is very much in its infancy. Whether it will be ready for Android 9.0 we simply don’t know.

Things we would like to see in the new OS include a faster rollout and less defragmentation among devices, improved Picture-in-Picture app support, and further enhancements on battery life and performance.

What would you like to see in Android P? Let us know in the comments.