Skip to content
We might have passed the worst of the
exploding Galaxy Note 7 madness, but a new report from China suggests Samsung isn’t the only one with this problem. A report from Chinese tech site Gizmochina says an Apple iPhone 7 Plus exploded after being mistakenly dropped. 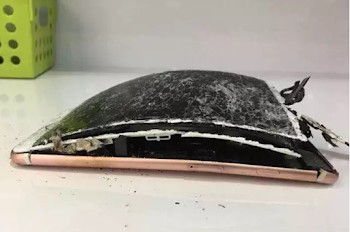 According to the report, the phone was
working perfectly. After the drop, the phone
vibrated continuously as smoke began to
pour out of the device. The battery then
exploded, leaving the screen cracked and
nearly detached from the phone itself.
Other details are scant, including how the
incident occurred and whether there was a
fire afterward. Based on pictures circulating among Chinese media, it does appear there was at least some kind of small fire, as much of the plastic internal components of the device appear to have been melted. 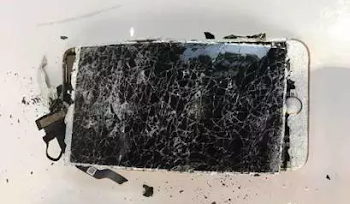 It’s worth mentioning that this appears to be different from the Galaxy Note 7 incidents. In most cases, those phones were exploding on their own, not as a result of a drop. Here, it appears the phone may have taken a hard fall, which caused the battery to explode. 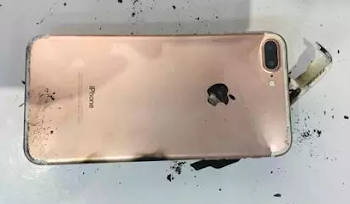 No doubt, the incident will only again bring
to the forefront these types of battery
issues, regardless of how it happened.
Phones are dropped all the time, and the
last thing anyone wants to worry about is
some kind of explosion as a result.