This post was inspired by a lecturer at University Of Jos. We were asked in school to differentiate between Internet and Ethernet, No one was able to answer it. The lecturer had to make it an assignment just so we could be serious about the stuff. I felt ashamed, cos I am a blogger (tech) and was also not able to answer it. After the class, I had to go make research about it. I decided to share here to fellow bloggers, students and any other persons that may find it useful in one way or another.

Differences Between Ethernet And Internet

ETHERNET:
A widely used Local Area Networking technology [Defined in IEEE,Standard 802.3]. It uses the Carrier Sense Multiple Access with Collision Detection (CSMA/CD) Protocols to ensure that data can move between computer without getting in an accident on the wire. (Called a Collision) 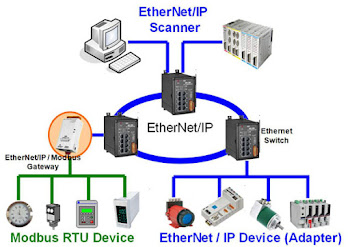 The internet is the world’s largest computer network, consisting of over 3m computers supporting over 3.2 billion users worldwide. The Internet is growing at a phenomenal rate (between 10 and 15 percent per month). You can imagine the growth rate.

From the above definitions, it can be seen that the major differences between Ethernet and Internet is in their mode of transmission, Ethernet uses CSMA/CD protocols to transmit whereas Internet Uses TCP/IP protocols for transmission.

Also, Ethernet is a collective term for technologies that allow for the interconnection of computers while the Internet is the name used to refer to the global web of interconnected computers. You can have multiple Ethernet set-ups but there is only one Internet

Finally, Ethernets are usually under the control of a few people while the Internet is not. In terms of safety, Ethernet is more safer than the internet.

INTRANET
A private computer network that uses the Protocols of the Internet. (i.e TCP/IP). It may consist of many interlinked local area networks and also use leased lines in the wide area network. Typically, an intranet includes connections through one or more gateway computers to the outside Internet.