Skip to content
Mobdro is a tool that constantly looks for free video streams available on the web and makes them accessible on your mobile device. If you love to enjoy videos anytime and anywhere, Mobdro is the best app for you enjoy on your smartphone. 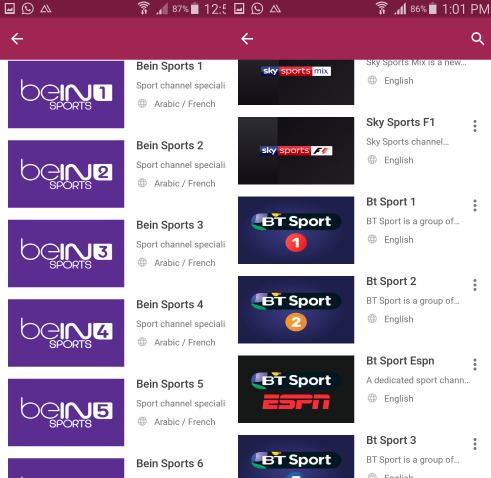 Mobdro has two versions: Freemium and Premium. Freemium is completely free, the Premium version has extra features, like capturing streams and ChromeCast support, and is free of ads.
✔ VLC V2.0 comes with Android TV Integrated
Mobdro Freemium is what we have been using for long, but you have to watch free advertisements in a free version of Mobdro and lots of people are complaining about the annoying ads while using the Mobdro Freemium version and the problem is, the official Mobdro Premium version is not available yet.
I’m glad to let you know that there is one Mobdro Freemium Official version which is working like premium version, Mobdro Version 2.0.48. This version will save you from free advertisements on live streaming apps. It can set you to watch free movies and TV shows without paying anything at all.
READ: All you need to know about TSTV decoder
Someone downloaded the Mobdro V2.0.48 through the Mobdro official website, when testing the app, he noticed the app is completely free of ads. It seems the company forgot to insert the ads inside the app during the updating, because another version, which is Mobdro Version 2.0.52 was just released and that came with ads.
Mobdro V2.0.48 is no more available for downloading on the Mobdro official website, but I have the APK version of it for you guys to download and feel the premium features of Mobdro without paying a dime.
✔ Download Tubi TV to watch movies online for free
FEATURES OF MOBDRO
Mobdro contains over 2,000 channels and is constantly updating every day; it contains popular channels Sky Sport 1-5, Bein Sports, Euro Sports, BT Sports, ESPN, NatGeo Wild, Animal Planet, Discovery Channel, MTV Base, Vevo Hits, Hip Hop TV, Sony Max, Wrestling, Sky News, ALJEEZERA, BBC, ABC, CNN, Action Movies and many more.
Supported Platform
As at the time of this publication, Mobdro software is available for Android Devices only.
Where To Download Mobdro App
✔ Download Mobdro V2.0.48 here
Before download the APK file, remember to enable the option “Unknown Sources” at your Android device. So first go to Settings >> Security >> Unknown Sources.
READ ALSO: 5 Best live TV streaming android apps to download 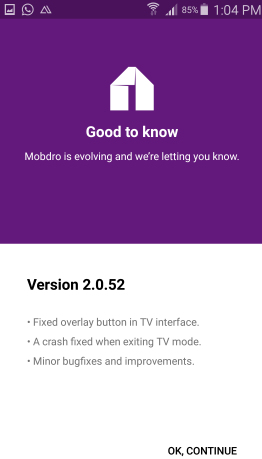 Note: Once you open the app, you will receive a pop up message tell you to update the app, ignore that message if you want to keep safe from annoying advertisements. See the image above for the sample of that message.
Credits Shelaf