Skip to content
After announcing plans for Project Quantum late last year, Mozilla has now launched its overhauled Firefox in beta stage, making it an increasingly imminent challenge to Chrome. And it’s a very feasible challenge too, given the browser’s improvements. Speed is its main selling point. 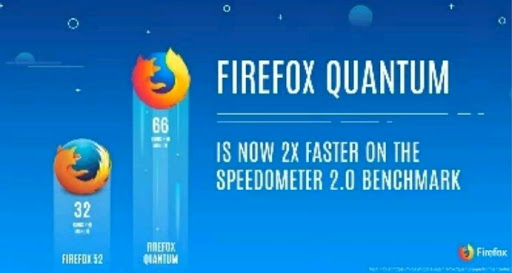 Mozilla says Quantum is roughly twice as fast as Firefox was a year ago. This is largely due to a new CSS engine written in Mozilla’s programming language, Rust, which operates across cores rather than as a single memory-hungry process on one core. It also priorities tabs, loading up in-use tabs before background ones, which Mozilla says makes Quantum 30 percent more RAM-efficient than Chrome. The team has also tracked down and eliminated 469 bugs that were contributing to slowness. Menus and tabs have been redesigned, while a new “library” button pulls together bookmarks, downloads and history into one place.
Generally, it has a more minimalist look, which will work well on high-DPI displays, but die-hard fans of the original style can still switch back to old familiar via preferences. It’s available in beta now for Linux, macOS, Windows, Android and iOS, but is expected out on general release on November 14th, so you won’t have to wait too long to see the impact Quantum makes on the long-established browser landscape.