Skip to content
The rate at which Facebook. continues to expand and diversify, it will be no surprise if in the nearest feature Mark and his team decide to launch an Operating System. Well, Facebook team are reportedly working on a dedicated video chat device for use in the home. The Facebook video chat device will come with a touchscreen measuring between 13″ and 15″ diagonally, and may run on Android OS. 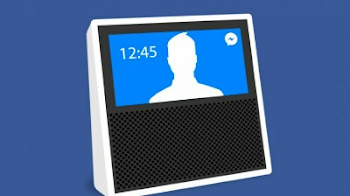 FEATURES OF THE DEVICE
It will feature a wide-angle camera and AI-powered microphones and speakers. The device is said to be in testing at the moment, including “in people’s homes”, despite still being in the prototype phase. The large screen and “smart camera technology” are supposed to help far flung people feel like they’re in the same room, aligning with CEO Mark Zuckerberg’s mission of bringing people closer together through Facebook.

Meanwhile, this video chat device is expected to be used mostly in the living room. One prototype has a thin, vertical stand that holds the display. For this product, Facebook is testing software that lets the camera automatically scan for people in its range and lock onto them. An example of this at work is the camera automatically zooming onto a painting that a child brought home from school to show a parent who’s away on a business trip.

Also, the company is developing a 360-degree camera for the device, but this is apparently unlikely to be ready in time for the initial launch. Speaking of which, the video chat device could be officially unveiled during next spring’s F8 developer conference. It should cost “a few hundred dollars” when it eventually becomes available.