Skip to content
Following the recent hostile takeover on Etisalat, Central Bank of Nigeria urged the consortium of banks to which Etisalat is indebted to the tune of over $1.2 billion to stop putting pressure on the telecom company. Mr. Godwin Emefiele, CBN Governor, handed the directive yesterday. 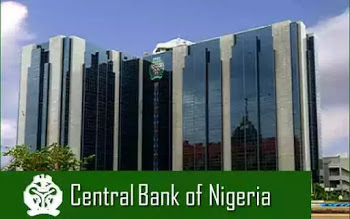 According to this source, CBN source said;
“Just like the NCC has warned that Etisalat’s license is not transferable, the leadership of the CBN from all indications will not allow any hostile takeover without its approval.
They (the banks) cannot do that by just taking a decision like that. Etisalat is not transferring any licence to any consortium of banks. We are going to resolve it amicably. The CBN and NCC are working towards resolving it amicably.”

However, ThisDay reports that the banks revealed a lot of information during their presentation which include the fact that they:
✔ Had no intention of taking over Etisalat Nigeria, as had been widely reported.

✔ The banks also felt that Emirates Telecommunications Group Company (Etisalat Group), Abu Dhabi, which holds a 45 percent stake in the Nigerian subsidiary, had announced on Tuesday at the Abu Dhabi Stock Exchange of its intention to pull out from its Nigerian operations without meeting its obligations which amounted to abandoning the company’s monumental obligations in Nigeria which include:
– $1.2 billion syndicated and bilateral loans approved by 13 Nigerian banks, now delinquent;
– Taxes and levies due to the Federal Government of Nigeria and regulatory agencies; and
– Other third-party creditors (i.e. Vendors, service providers and contractors);

✔ They are also seeking the federal government’s intervention to investigate the management of Etisalat Nigeria over the utilization of the $1.2 billion facilities.
In response, Etisalat blamed its inability to offset its $1.2b loan on the economic downturn witnessed in the country in 2015 and the sharp devaluations of the Naira. It was also reported that Etisalat Nigeria has paid over 40% of the actual loan of $1.2 billion.“The actual outstanding on the Etisalat loan is about $500 million (N165 billion).”

The company also disclosed that it was not being investigated by the Economic and Financial Crimes Commission (EFCC) as widely reported in the media.