Do you think every Nigerian can relate to this and it
is about time NCC took the right step! 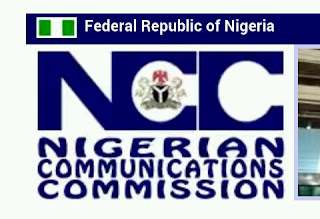 According to a report by Leadership, NCC
has said they would fine any operator found
guilty of sending unsolicited messages or
calls to its customers a sum of N5 million.
NCC plans to sanction any telco that refuses
to implement the shortcode of 2442 for
subscribers to opt-in to the Do Not
Disturb (DND) database restricting
unsolicited marketing messages on or before
the 30th of June. According to the report
“NCC in a letter dated April 19,
2016 warned MTN, Airtel,
Globacom, Etisalat, Smile,
Natcoms (Ntel), Visafone,
Starcomms, Multilinks,
Gamjitel, Danjay Telecoms,
Gicell Wireless Ltd and
Megatech Engineering Ltd that
they should implement the
DND restricting telemarketing
their MSISDNs including the
use of web-based solutions as
opt-out measures.
The regulator said it shall be
mandatory for mobile operators
to create sufficient awareness
to its subscribers on the
existence of the DND on their
networks; that they shall also
comply with the quarterly and
reporting template prescribed
by the NCC to ensure
feedback and compliance.”
Although, NCC has not completely abolished
unsolicited messages as they have warned
that generated SMS must comply with the
8am to 8pm stipulation (12 hour period), but
subscribers now have the opportunity to
easily opt-out of any messages they don’t
want (Which is everything).