Skip to content
Although the number of Blackberry users are decreasing immensely worldwide, and users gradually porting to Android and iOS devices. Loyal Blackberry users can now smile a bit as WhatsApp Extends Support For BB 10 devices till end of 2017. 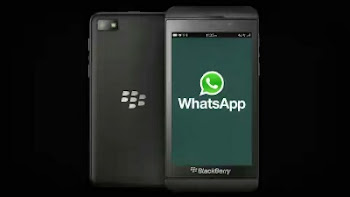 Sometime last year, WhatsApp started issuing threats to blackberry users, prompting most of them to ditch their device and port to a different platform (Android and iOS) where WhatsApp is fully supported. But since then, they have being extending the support date so this is not the first time and maybe it won’t be the last time it will be extended. Although there is a huge decrease to the number of blackberry users.

According to this report, WhatsApp.nl reported that WhatsApp for BlackBerry 10 (and BlackBerry OS7+) would be extended until the end of 2017, instead of the initial reported June 30

To confirm this extension, an update has been rolling out of WhatsApp for BlackBerry 10 which confirms the news officially extending the support as the change log notes read ‘changed client end-of-life date to December 31, 2017’.

Finally, it’s not yet totally over for Blackberry users as they can still continue enjoying WhatsApp till the end of this year and hopefully get another extension or intervention.

HOW TO GET WHATSAPP FOR BLACKBERRY

Meanwhile, S40 users (Symbian phones) have also been given more time and have had their end date extended as well. But S60 ends June 30th. It’s quite unfortunate.