CEO of Google, Sundar Pichai, has said his firm would prepare 10 million Africans for ‘jobs of the future’ in the next five years.He said this in a company conference held in Lagos, Thursday.The pledge marked an extension of an initiative Google launched in April 2016 to train young Africans in digital skills. It announced in March it had reached its initial target of training one million people. 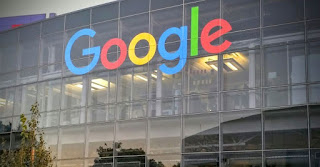 The company said a combination of in-person and online training would be offered in Swahili, Hausa and Zulu languages. It also mentioned that at least 40 percent of people trained are women.Mr. Pichai said: “Nigerians have to write software for the local economy and we have a program to train over 100,000 software developers in Nigeria.”

The company also pledged a commitment of over $20 million in the next five years for nonprofit organisations in Africa. Google announced plans to provide more than $3 million in equity-free funding, mentorship and working space access to more than 60 African start-ups over three years.

The tech company also launched a new range of products in Africa starting with Nigeria at the event. The products launched include Posts with Google, Gboard, Google Street View, Launchpad Accelerator and the YouTube Go. With the launch of Posts with Google, Nigeria is the third country in the world after the United States and Brazil to have the application. The product enables up-to-date posts from verified people, places or things, to appear directly in search results.

A statement by Google said, “museums, sports teams, sports leagues, and movies in the US, and all of the above plus musicians in Brazil and Nigeria are the only ones with access to the new product, however experimentation is ongoing in other regions of the world.” The Gboard is a keyboard specially designed to make it easy to type in Nigerian languages like Igbo, Hausa and Yoruba with the proper alphabets readily available.

Google also unveiled an improved search engine capable of saving 90 percent data, which is five times faster with faster web pages from search results. With the newly launched Google Street View, users can view any location in the world in a video form from their devices.

“Google maps are just as relevant to a user in Lagos as it is in London. You can view the streets of Lagos from the comfort of your couch,” Suhen Ruhela of Google Maps said. The company indicated that YouTube Go was built on four pillars “it is relatable, connected, cost effective and Social. YouTube Go will give users control over the videos they love,”

According to Johanna Wright, vice president of YouTube, YouTube Go was being tested in Nigeria as of June, and the trial version of the app will be offered globally later this year. Also speaking, Google Country Director for Nigeria, Juliet Ehimuan Chiazor, said Nigeria ranked number one among African users and the eighth in the world.
Source