Skip to content
Infinix mobility one of Africa’s leading smartphone brand, a great brand that produce great devices which are sold around the world and in Nigerian Market. One thing that has been affecting this brand is the sale of FAKE Infinix smartphone by unauthorized dealers/retailers to customers.

This ‘FAKE’ Infinix smartphones, which are sub-standard phones, are harmful to customers and those around them. Customers should pay attention and only buy Infinix smartphone from authorized dealers. Also, a FAKE smartphone cannot get warrantee from the company in case of faults.

The FAKE phones can be identified by features such as the camera and earpiece location, UI (XOS), OS and more, which can easily be spotted.
The front camera for the original Infinix is situated at the top left end of the screen, while for the Fake, it is located slightly after the mouthpiece as seen on the image below. 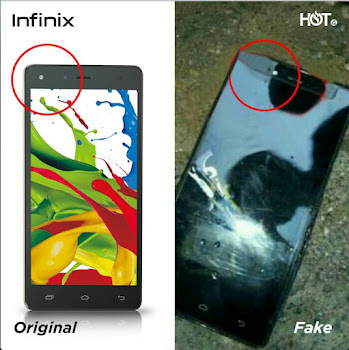 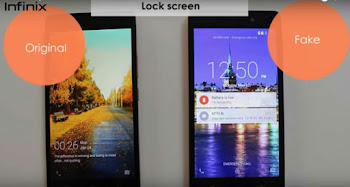 However, there is a major price difference as the FAKE smartphone prices are almost half the price of the Original smartphone from Infinix.