Skip to content
Official lists for Ntel 4G LTE Network supported Smartphones according to Ntel. Most of us are aware that this network is the newest network providers in Nigeria and they are offering the ultramodern 4G LTE network which they claimed is the fastest network in Africa 🌍 at the moment. 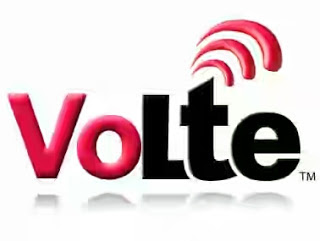 Some few months ago, they stormed the Internet community and everywhere was filled with news and information from Ntel including the supported Phones, areas of network coverage, data plans, bonuses, SIM collection centers and lots more but it gradually faded away after some customers started being discouraged because of the slow pace of their services and advancing to other states.

A lot of people have booked their Ntel line already from Ntel website and waiting for when it will get to their state as it is only available in Abuja and some parts of Lagos (Mainland) at the moment.

In this article, i will provide the complete list of all the smartphones Ntel has officially released as the compatible devices for their 4G LTE and VOLTE network including the phones that other people have tested with their new Ntel SIM card.

These phones supports both the 4G LTE and the ultramodern VOLTE services. According to Wikipedia, VoLTE is an acronym for Voice over LTE, which is based on the IP Multimedia Subsystem (IMS) network, with specific profiles for control and media planes of voice service on LTE defined by GSMA in PRD IR.92. It’s voice calls over a 4G LTE network, rather than the 2G or 3G connections which are usually used.
Below are the smartphones supported for these services.

If you are a my type that downloads a lot, you can imagine download at more than 10mb/s with Ntel 4G LTE wonders. We have gotten a lot of reports from guys in Abuja who are currently flexing this Network while in Lagos, it is still patchy.

Meanwhile, apart from the above, listed official compatible phones, users of the SIM has tested it on other devices and reported that it worked perfectly. Of course we don’t expect Ntel to outrightly know all the phones that comes with 4G LTE features so i will keep updating this page with latest Smartphones with the support for this new network