Skip to content
It’s a good news as MTN launches the official android application for Who Wants To Be A Millionaire (WWTBAMAPP), which is an MTN sponsored syndicated TV intellectual game show hosted by Frank Edoho

Before now, there are a lot of similar applications with the same name and i strongly believe it will confuse so many people who are searching for this app on google playstore that’s why i am publishing this post with the correct link for downloading the official WWTBAMAPP app from playstore. 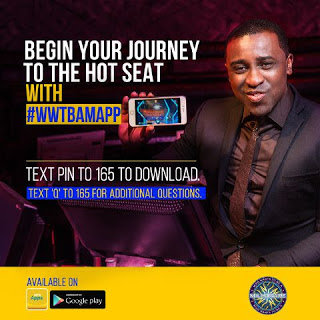 Benefits Of Using This App
Using the app will not only be for leisure or intellectual gains, top players will win weekly and monthly cash prizes, in addition the App provides another means of getting on the hot seat to win up to Ten Million Naira as top weekly and monthly players will be invited to try their luck in fastest fingers first.

So you can see that your phone is not only meant for pleasures like game playing but you can do some serious business on your mobile Smartphone. The post is so useful that it can turn your life around and can also add extra cash to your present earnings. 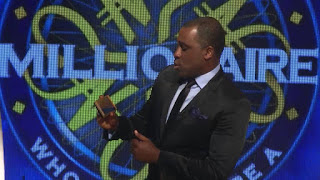 Declaring this at a media meeting, Olumide Akinlabi, who is Media Director for Ultima Limited (producers of the show) , stated that “the introduction of the WWTBAM Nigerian app was long overdue and this will give more Nigerians the opportunity to test their knowledge and also win money while doing so”.

You can recall that the Nigerian version of this TV program was aired on 8 October 2004. As of the time of this publication, WWTBAM is currently in its 15th season, and it is aired every Sunday on Nigerian Television stations and it’s hosted by the elegant broadcaster Frank Edoho.

The first ever person to win ₦10,000,000O on the show was Aroma Ufodike in September 11, 2009 and he still remains the only one to win the top price for the TV game show so far.