Skip to content
Wireless charging has technically been around for years now, but using a dumb accessory to very slowly charge a phone sitting on special mat has never seemed like the future to me. 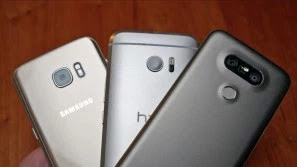 Magnetic resonance charging, which has a radius of a couple inches rather than a couple millimeters, is a little more like it. And according to a new report, LG’s next smartphone will feature exactly that. In recent times, LG and other top smartphone companies had launched several phones with wireless charging support. According to BK, LG has make some serious improvements, and the tech is worthy of prime-time.

Specifically, range is up to 7cm, and charging is up to 7 watts. That last number is arguably the most important: wireless chargers have always been slower than their cabled brethren, but 7 watts should be enough to see sub-hour charging speeds for the average smartphone battery.

Even with the faster technology, magnetic resonance charging is a little niche and risky to make it into the successor for the LG G5. Instead, we’re more likely to see it in one of LG’s mid-range phones, like whatever comes after the V10.