Nokia has signaled its return to the mobile market after its misadventure with Microsoft. When Nokia was trending in the mobile market, Samsung was nowhere near the ladder. Chinese smartphones were not noticed… and not even the now trending Infinix and Tecno smartphones that has so much taken over the African mobile market. When Nokia died a natural death, everyone thought they actually lost the battle but they seem to have been strategizing for season two “The Return of Nokia”. 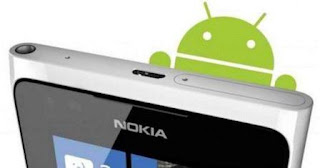 Nokia was the world’s top mobile phone maker between 1998 and 2011 but was overtaken by South Korean rival Samsung after failing to respond to the rapid rise of smartphones. Hence, sold its handset unit to Microsoft in 2014 for some $7.2 billion which dropped using the Nokia name on its Lumia smartphones. Recently, Nokia announced their return but on Android platform (not the Microsoft collabo X1 and X2). According the The Verge, “The brand will be revived through new licensing agreement”. Nokia has just announced that it will license its brand and intellectual property to a newly created company called HMD global, which will work to produce and sell a portfolio of Android smartphones and tablets. HMD global is based in Finland and will be led by Arto Nummela, a Nokia veteran who moved to Microsoft when the latter company took over the former’s mobile business. The new company has agreed a conditional deal with Microsoft to acquire the rights to use the Nokia name on featurephones along with some related design rights. Nummela will be installed as CEO once that transaction is completed, which is expected to happen by the end of June. Foxconn likely has designs for a range of phones ready to go especially after the success of Nokia N1 Android Tablet. Nokia will provide the branding muscle in return for royalties. Carriers then have a hardware package that they can use to push back against Apple and Samsung in negotiations. 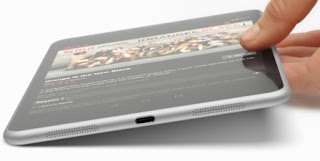 Nokia featurephones are also making a comeback alongside the new range of Nokia Android smartphones and tablets and the dream of the perfect Nokia Android phone lives on. Nokia believes in quality, long lasting battery and this time, they are set to take over the mobile market. What do you think will happen to other Chinese android smartphone company’s? Considering the facts that Nokia always produce quality mobile phones, should Samsung, Xiaomi, Infinix, Tecno and likes be scared?
What’s your opinion?