Latest stats on countries that uses POS most for transaction in Africa came with a shocking result. Nigeria is ranked 7th in the continent despite being one of the country with most Internet users and advanced people in ICT as far as Africa is concerned. 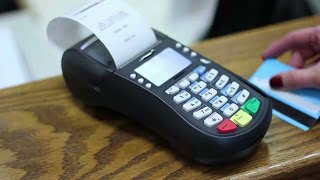 Flash back, Point Of Sale (POS) system was introduced in Nigeria about 3 years ago and later it was introduced in neighboring country Ghana but Nigerians makes just 21% of total transactions in the country via POS devices, while South Africa occupied the first rank with a whooping 91% of transactions done via POS. The second country is Ghana 80% followed by Tunisia at 79%. You can see the massive gap other countries gave Nigeria in this aspect. But why is this so? Let’s check out.

POSSIBLE CAUSES
According to Kevin Chung of Avante International Technology, he revealed at the just concluded CashlessAfrica Expo that while the communication network and bandwidth are adequate, the data centers in the financial communities in Nigeria need to upgrade from Tier 1-2 to Tier 3-4 to enable the cashless economy.

But the main reason behind this poor POS usage in Nigeria is poor enlightenment, epileptic power supply, poor network issues and even lack of trust.

There should be adequate awareness to enlighten people on the usefulness of paying with POS. Although armed robbers now uses it to rub their victims who claim not to have money with them. All the same, the banks should improve on the POS usage security and the public given enough awareness via every possible means.
Via