There are several things that support this notion, one of which is the significant evolution of batteries in recent years. Smartphones can offer way more nowadays than before, thanks to improved technology. There are new advances like fast charging and wireless charging. (which works better on non-removable batteries). Also, the presence of improved external batteries has widened the market. Thus, a removable battery is not so paramount anymore. 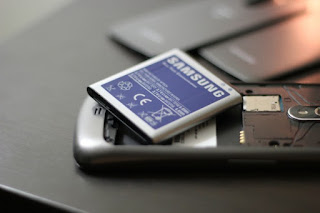 Furthermore, In an attempt to satisfy user requirements for Smartphone, Vendors thought it wise to redesign the battery technology of their devices. Users would prefer to go for a device that has a neat design, slim in dimension, light when held and with good battery capacity. Normally this can be achieved at ease, but to account for strong batteries, the device has to weigh a little bit high (The price you pay for a good battery enabled device) when removable battery concept is used. But since the adoption of non-removable battery technology, the weight of huge battery enabled device are reduced drastically. This is because all the components are manufactured on the device, Hence miniaturized with better efficiency.

✅ Read… How to Restore A Dying Laptop Battery

The trend was started years ago by Apple with their iPhone series. In recent times, other companies followed suit. Ultimately, the Samsung Galaxy S6 kick-started Samsung’s new design policy of non removable battery technology, and the S8 was the perfect result. The likes of Gionee, Infinix, Tecno… and others also adopted the policy in an attempt to Satisfy User discretion.

Meanwhile, some users still prefer removable batteries for their various device, because of the ease at which the can be replaced. But one thing is certain, if you are looking to upgrade your smartphone to a removable battery enabled device, the chances of you getting a cool device is somewhat slim. This is because smartphone manufacturers are moving to the latest battery technology.

✅ See Also… How to make Your Smartphone charger 3X Faster

In conclusion, the era of removable battery technology are slowly coming to an end. Replacing them has enabled manufacturers to add some other amazing features to their devices. Some of which are the reduction in weight of devices with large battery capacity.