Skip to content
Tecno are set to launch their First Full–View Smartphone, which will be coming under the camon series and is to be called TECNO Camon CM. 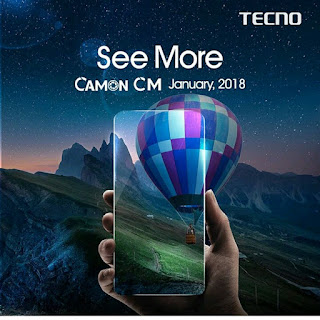 The device is expected to be launch this January according the image seen above, which was spotted on tecno mobile official Instagram handle.

Hands crossed as we await the official launch of the device. Meanwhile, what’s your idea on the kind of specifications we should expect from Tecno Camon CM