Recall Nokia P1 that once caught our attention sometimes ago? Well, it appears its about to debut at MWC2017 in Barcelona according to rumor published on a Russian Publication Worket. 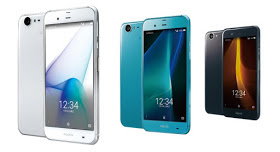 CAMERA
22.6 megapixel camera, identical to that of Sharp Aquos Xx3, but the ZEISS optics certified a Carl;

PRICE
The approximate cost of the device will be $800 for the youngest modification, and for the 256 GB top-end version will have to pay a whooping US $950.

MISCELLANEOUS
The HMD of Global plans to sell the smartphone in two versions: in a ceramic package is available for flagship 256GB variation and glass enclosure with a metal frame buyer will get 128 GB of ROM.

Both versions will receive the protection of standards IP55 / IP57!

For now, the information here is classified as rumor, until it is officially announced.