Skip to content
Although, people root their devices in order to be able to access some extra features and claim full ownership of their devices… It is not all that safe to root your device. As there is no warranty for a rooted device. 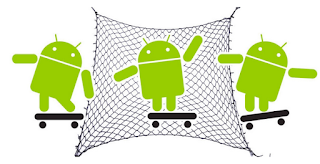 Here is the latest development which sounds like bad news. Google’s latest update to the Google Play Console, as updated during Google IO 2017, includes a Safety Net toggle. This toggle is one of many which give developers a very simple way of allowing some features to be compatible with the apps they make, and others to be kicked from the pack.

As Google suggests in their Android Developers documentation, “SafetyNet provides a set of services and APIs that help protect your app against security threats, including device tampering, bad URLs, potentially harmful apps, and fake users.”

2. Certified device with unlocked bootloader
3. Genuine but un-certified device, such as when the manufacturer doesn’t apply for certification
4. Device with custom ROM (not rooted)
5. Emulator
6. No device (protocol emulator script)
7. Signs of system integrity compromise, such as rooting
8. Signs of other active attacks, such as API hooking

In order words, if your Android device is rooted, or an emulator, has an unlocked bootloader, or half a dozen other similar, related elements – it will automatically fail the integrity test. You won’t be able to access some major apps from the playstore except otherwise sideloaded.

In short, if you are using a custom rom, you are not excluded. The good news is , you can always download apps from third party site and sideload it to your device.

What do you think about this latest development?