Skip to content
This is the actually the first of its kind, as the were celebration in the nations former capital as Sundar Pichai, CEO of Google, paid Nigeria a visit bearing lots of gifts and good news for citizens of the country. 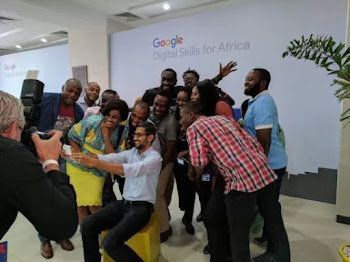 Pichai attended a Google For Nigeria event in Lagos two days back (July 27) as the company launched a range of new products, including
YouTube Go, an “offline first” version of the video sharing platform for users with slow internet connections.

YouTube Go is essentially intended to allow users preview and download videos, rather than stream, and essentially save on data costs. It’s aimed at Nigerians because of the poor internet speed in the country.

It’s certainly not lacking in potential. Even though Nigeria’s internet subscriber base has shrunk over the past year due to a regulatory clampdown on unregistered sim cards, the country still has over 91 million mobile internet users, according to regulators. However, that vast user base is largely undermined by unreliable connections across the country.

Nigeria has some of the slowest internet speeds of the major economies in Africa. Google is betting on its new data-friendly version of YouTube to help local users navigate that problem.

Check out the statistics that reveals how slow Nigerian internet speed is when compared to countries in the Middle East on the image below. 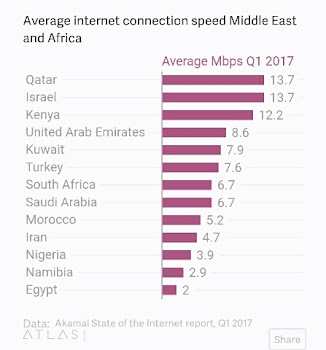 Nigeria will become the second country where the app been launched after a beta launch later this year. YouTube Go was first launched early this year in India.