Glo Blackberry Plan without doubt is one of the best in terms of data volume and speed, there was a time it was the raining network, it was not exempted. Something happened, they employed an enemy that tampered with their network… hence it became slower than a common typical African snail. 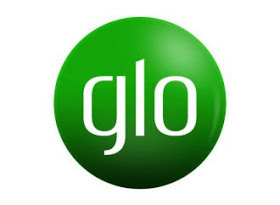 Etisalat where first in line to stop the use of Blackberry Internet services on Blackberry OS7 despite the facts that WhatsApp extended their live support to Blackberry devices till June 2017. Now Glo has followed up in the footstep of Etisalat by discontinuing BIS for Blackberry devices. Below is the message that was poster on their website

Dear Customer, starting December 17, 2016 BlackBerry services on your device (BBOS7 devices) will no longer be available. You can still continue to use the device to Call and Text. We request you to migrate to a BB10, Android, Windows or IOS handset to use your remaining data.

As painful as it is, one cannot argue the fact that android and iOS devices are the current trends when it comes to smartphones. Those still in love with blackberry phones have no choice now than to migrate. Even Blackberry Company has pretended as if they are not the creator of their smartphones.
Source: Yomiprof