Skip to content
It is not everyone that love to use 5inches smartphones, some like it small and portable that is why Unihertz , a China-based company present you with the smallest 4G smartphone called Jelly, measuring 92.3 x 43 x 13.3 mm. It is meant to be an alternative to your bigger smartphone.

Jelly sports a 2.45-inch screen with 240 x 432 pixels, and, compared to most handsets currently on the market, it looks like a toy. And yet it’s a fully fledged smartphone that runs Android 7.0 Nougat and has support for 4G LTE. 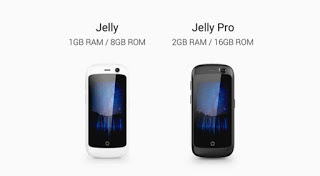 Highlight of the specifications

The best thing about Jelly isn’t its specs — it’s the price. It goes for $59 for the base model and $75 for the Pro, which makes it one of the cheapest version of Android.