Skip to content
Earlier this year Italian neuroscientist Sergio Canavero shocked the world when he announced he would perform the world’s first human head transplant. This week Canavero announced the procedure is scheduled for December 2017, and he has recruited a head surgeon (pun intended) to lead the controversial procedure. This operation may sound like something out of a horror movie, but one man is hoping it will improve his quality of life.

A 30-year-old Russian man, Valery Spiridonov, volunteered for the procedure in the hope of living a more normal life. The computer scientist suffers from a rare motor neuron disease known as Werdnig-Hoffmann Disease. The disease causes motor neurons – the nerve cells responsible for sending signals from the central nervous system to your muscles – to deteriorate, which leads to muscle atrophy and in severe cases, difficulty swallowing and breathing. Currently there is no treatment for this disease. 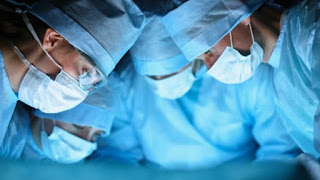 “When I realized that I could participate in something really big and important, I had no doubt left in my mind and started to work in this direction,” Spiridonov, a Russian computer scientist, told Central European News (CEN). “The only thing I feel is the sense of pleasant impatience, like I have been preparing for something important all my life and it is starting to happen.”

As with any surgery, this procedure has many risks and uncertainties. Will the doctors be able to reconnect the spinal cord? Will the head reject the new body? While advances in medicine reduce the risk of rejection, the surgery is not a guaranteed success as no doctor has ever successfully reconnected a spinal cord. Spiridonov is well aware of the risks and is determined to go through with the procedure.

“According to Canavero’s calculations, if everything goes to plan, two years is the time frame needed to verify all scientific calculations and plan the procedure’s details,” Spiridonov told CEN. “It isn’t a race. No doubt, the surgery will be done once the doctor and the experts are 99 percent sure of its success.”

Canavero will be teaming up with Xiaoping Ren, a neurosurgeon from China’s Harbin Medical University. Ren is no stranger to head transplants as he has performed the procedure on 1,000 different mice. Following a 10-hour procedure, the mice were able to breathe, drink, and even see. Unfortunately, none of the mice survived for longer than a few minutes.

Ren has been operating on mice for a only few years; however, the first successful head transplant actually occurred nearly 50 years ago. In 1970 Dr Robert White, a surgeon at Case Western Reserve’s School of Medicine, successfully transferred a rhesus monkey head to a new body. Following the procedure, the monkey survived on life support for a total of nine days before the head ultimately rejected the new body. As the spinal cord could not be reconnected the monkey body was paralyzed below the transplanted head.

The duo will spend the next two years prepping for the grueling 36-hour surgery. After cleanly severing the spinal cord – arguably the most important part of the procedure – the head will be transferred to the donor body. Then comes the really tricky part: reconnecting the spinal cord. Canavero’s technique will be to use polyethylene glycol – a compound known for its ability to fuse fatty cell membranes. Ren is expected to test Canavero’s technique in mice and monkeys later this year.

Many medical professionals do not embrace this procedure, describing it as outlandish and impossible. While surviving such a complicated and intricate surgery is highly unlikely, it could help restore independence for the severely disabled. And some people, like Spiridonov, feel it’s worth the risk.